Epilogue: A Message From Space

One year and two days ago, Clark and I moved in together. Yesterday, Clark moved out. We stopped dating five and a half months ago, but neither of us could afford to rent the house on our own so we stayed on as housemates until the end of our contract. This arrangement was actually a lot more difficult than I'd expected it to be. I had lived with FoxyJ for seven months after we decided to divorce, even went on three trips with her during that time, and we had gotten along just fine.

But then I wasn't dating anyone else while still living with FoxyJ. This time, I started dating someone new three days after Clark and I broke up. Yeah, I know, that sounds like a pretty crappy thing to do, doesn't it? What it comes down to is that I failed, once again, to understand Clark. When we broke up, I was worn out from trying to make the relationship work and ready to move on, and I thought he was in the same place. I was wrong. I didn't realize how much he still cared for me or how much it would hurt him to see me with someone else. You'd think common sense would tell me this, but I guess I can be kind of stupid when it comes to relationships.

I also didn't think I would fall for the first guy I went out with after Clark. I was wrong about that too. I met Radon Spaceman online and we connected pretty quickly. I tried going out with a few other guys for the sake of not jumping from one relationship into the next--my friend Edgy Killer Bunny recommended I take Tina Fey and Amy Poehler's advice to Taylor Swift (to have some "me time," that is, not to stay away from Michael J. Fox's son)--but after a few dates with my Spaceman I concluded that to resist was futile. Once I heard him sing "Edelweiss" to his daughters on our third date, I was in love.


So I was stupid about Clark's feelings, blind about how ready I was to move on, and yes, once I realized I was hurting Clark and pursued a new relationship anyway, I was being selfish. And honestly, I'm sorry that Clark was hurt, but when all is said and done, I did what I needed to do for me. Much of my growth over the past two years has been a series of lessons on when and how to be selfish. I spent thirty years turning off my feelings and worrying about everyone else's, so now I can spend the next thirty thinking about me and no one else, right? No, that would just make me a narcissistic prick. My challenge now is to be kind to others without becoming a doormat, to take care of myself without walking over the people I love. So while I've pursued a relationship that brings me happiness, I've made an effort to be a friend to Clark and to be a listening ear when he needed to talk. I've done my best to be sensitive to his feelings, but also to step back and let him have space to work through those feelings. For his part, he's worked hard to preserve our friendship and to respect my boundaries. As I've had to remind myself because otherwise I assume that everyone in the universe depends on me to make them happy, Clark is a capable adult who can find his own happiness.

Clark has moved out now, officially closing this chapter of my life. We are still friends and I hope that continues to be the case. I learned a lot of valuable lessons from my relationship with Clark. I learned what things I am willing to compromise on and what I am not willing to compromise on. I learned to take things more slowly--I still have not introduced Radon Spaceman to my kids, and he and I have agreed not to consider moving in together until we've been dating at least a year. I learned from Clark to be more compassionate toward people who disagree with me, as he is very good at seeing all sides of an issue. I've made too many mistakes in my life to waste time regretting them, so instead I choose to focus on the positive that has come from those experiences. I have a lot of happy memories from my time with Clark, and I'm glad to have them.

And now I'm making new happy memories with my Spaceman. I'm not going to start a blog about my Adventures in Space anytime soon. Typically I blog when I'm working through issues I need to write about in order to understand, and right now I'm at peace most of the time. Life is good. Carry on. Live long and prosper.
Posted by B.G. Christensen at 12:00 AM 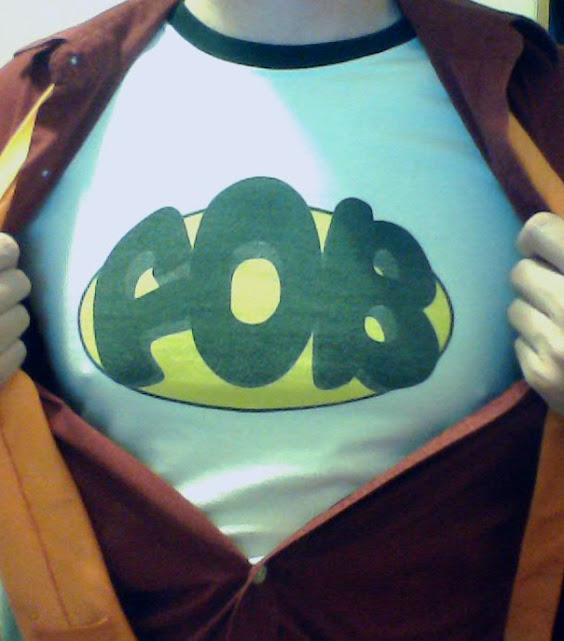 I am a foreigner in a strange land. Clark and I recently moved in together and are now navigating the unfamiliar territory of blending our two families, while at the same time finding our place as a half-closeted gay couple in a small Utah town.